The Diabetic Kidney Care (DKC) research facility has been established as an initiative to align Barts Health clinical academic expertise with the diverse East London patient population to become a world leader for therapeutic innovation in Diabetic Kidney Disease. As well as innovative clinical research, the DKC also organises conferences and is developing education for both patients and professionals to increase understanding of Diabetic Kidney Disease. 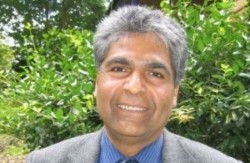 Magdi Yaqoob is a Professor of Nephrology and Academic Director for the Department of Clinical Nephrology and Transplantation at Barts NHS Trust and William Harvey Research Institute at Queen Mary College university of London. He is also Director of Diabetic Kidney Centre for East London and member of advisory board for Barts Life Sciences centre, Global Kidney Foundation and Joint National Formulary for BNF. He has been a Medical Director of not for Profit University affiliated “William Harvey Research Limited” since 2003 which provides research grants for PhD studentships.

Professor Yaqoob is truly an outstanding clinician, researcher and leader. It is worth emphasising that Professor Yaqoob has acquired substantial national and international reputations on several fronts. Of note is that his reputation as an opinion leader in the basic science and clinical practice of Nephrology and Transplantation has emerged from a very heavy commitment to frontline clinical practice in a highly deprived area of East London. His Nephrology practice is the source of many tertiary and complex case referrals to Barts Health NHS Trust.

In parallel with his clinical practice, Magdi has acquired a research pedigree that already places him amongst the elite of British and international academic nephrology. Unusually amongst frontline clinicians, he has the ability and organisational skills to run a significant research programme for which he acquires competitive funding from highly contested sources, produces a substantial written output in the peer reviewed press and provides guidance and supervision to impressive quantity of higher medical and science degrees for the staff who undergo academic and clinical training under his direction. Incredibly he has successfully supervised 25 PhD students many of whom have become leaders in academic, clinical and management fields. He is currently supervising 5 PhD students, 4 postdoctoral scientists and 2 research assistants supported by an annual grant income of 1.1 million pounds. He has recently developed commercially funded 10 HCA-Barts Clinical PhD/MD studentships across nephrology, cardiology, paediatrics and oncology with an annual turnover of 1 million pounds. He leads a research program designed to gain a better insight into the mechanisms of underlying uraemic cardiovascular disease, diabetic nephropathy pharmacogenomics in transplantation, renal anaemia, and renal bone disease, progression of chronic kidney disease and mediators of acute kidney injury. He has been involved and co-ordinated a number of large clinical trials relating to testing the efficacy of novel therapeutics in acute and chronic renal disease. He has published over 350 peer reviewed papers including NEJM, Lancet, BMJ, Journal of American Society of Nephrology, Diabetologia, Circulation, Kidney International, PNAS and NDT. His google scholar H-Index is 63 and research gate score of 47.5 which put him in the top 2.5% of over 11 million research active users of this portal. He has contributed 10 chapters in prestigious medical text books which include Oxford Nephrology, Oxford Clinical Medicine and Clinical Medicine by Kumar and Clark.

As an educator, he has been recognised by generations of medical trainees of all levels in East London as a committed teacher. His teaching has inspired many to be a generalist in addition to being a specialist. Through his contribution to clinical medicine in the world by his tireless support of overseas training fellowship programmes sponsored by International Society of Nephrology, European Renal Association, Middle Eastern Society of Transplantation and Royal College of Physicians has enriched global nephrology. His focus has been resource poor countries in Africa and South East Asia from where, he has trained over 50 clinicians and scientists many of whom have gone on become leaders in their own countries. Kieran McCafferty is a Consultant Nephrologist at Barts Health NHS Trust and Senior Lecturer and Queen Mary University London. His main clinical interests are diabetic kidney disease and haemodialysis. His basic science research interests are in the field of uraemic cardiovascular disease and cardiovascular protection. However he spends most of his research time developing and delivering clinical trials at both a local and national level. He has a passion for clinical trial delivery having lead on over 40 NIHR clinical trial sin the last 5 years. He is the renal clinical trials lead for Barts Health and the Diabetic Kidney disease Centre, and is the divisional director of research for specialist medicine at Barts Health and the deputy clinical director of R+D in the trust. To help deliver patients focused research across the UK he is the vice chair of the City and East London Ethics committee as well as the North Thames NIHR renal lead and deputy NIHR renal lead. Dr Neil Ashman is a consultant renal physician, the Chair of the Barts Health Medicine Board and the deputy Managing Director of the Royal London & Mile End Hospitals. He retains a clinical interest in dialysis-requiring acute kidney injury at the Barts Heart Centre, and is responsible for the Membranous Nephropathy service in North-East London.
He completed his PhD in the Yaqoob Laboratory at the William Harvey Institute, and developed and embedded the East London Community Kidney Service with Dr Sally Hull of the Clinical Effectiveness Group. This virtual Chronic Kidney Disease service is a key aim of the Diabetic Kidney Care team. 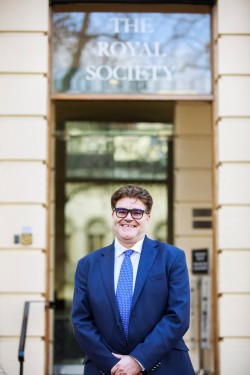 Chris(toph) Thiemermann has been a Director of the William Harvey Research Institute since 1995, and Chairman & CEO since 2003. He is also Professor of Pharmacology and Centre Lead for Translational Medicine & Therapeutics at the William Harvey Research Institute (WHRI), Queen Mary University of London (QMUL) and Deputy Director of the Centre for Diabetic Kidney Disease at the Royal London Hospital, Bart’s Health NHS Trust. He graduated with honours in Medicine (1986), obtained his MD in Medicine (1987, summa cum laude) from the University in Cologne in Germany (awarded University Prize 1987 for ’Best Doctorate Degree of all Faculties of the University of Cologne’) and received consecutive Fellowships from the Deutsche Forschungsgemeinschaft (DFG) and the Thyssen Foundation (Germany). He joined the WHRI in July 1987, where he obtained a PhD in Pharmacology under the supervision of The Nobel Laureate Sir John Vane in 1991.

Thiemermann is a Scientist/Clinician with a strong research track record in cardiovascular disease (acute medicine, renal disease, trauma, shock, diabetes) with a specific expertise in target discovery, pharmacology and translational medicine. Since 2007, he is Centre Lead for Translational Medicine at the WHRI/Barts NHS Trust (since 2007). Recent successes have been phase II RCTs evaluating the effects of pentoxiphylline in patients with chronic kidney disease (on dialysis) and the repositioning of the antimalarial drug artesunate for patients with severe haemorrhage and organ failure (ongoing).

His research was recognised by Awards of the British Pharmacological Society (1994), the Surgical Infection Society Europe (1999) and the Menarini-Award for CV Research (2001). Over the years, Thiemermann’s research has been generously supported by the British Heart Foundation (Senior Fellow from 1996 to 2001), the European Union, the Medical Research Council, Kidney Research UK and William Harvey Research Foundation, Barts and the London Charity (BLC) and the National Institute for Health Research (NIHR).

He has published more than 420 scientific articles in peer-reviewed scientific journals, which have been cited more than 30,000-times (h-index:91, Google Open Scholar). He is a Fellow of the Academy of Medical Sciences of the United Kingdom (since 2003), where he serves on the Nomination Committee (Pharmacology, Physiology & Neuroscience), a Member of the Helix Group of the Academy (since 2017), a Fellow of the British Pharmacological Society (since 2005), a Foreign Life Peer Member of the Academy of Sciences of Portugal (Lisboa) (since 2003), a Member/Deputy Chair and Chair of the Fellowships Committee of the NIHR (2008-2018), Member of the Training Implementation Group of the NIHR (since 2017), Past-President of the European Shock Society (presidency 2008-2011), Member of the Executive Council of the World Federation of Shock Societies (since 2008), Senior Associate Editor (Europe) of the Journal Shock (2003-17) and an Associate Editor of Frontiers in Immunology (Inflammation) (since 2017).

For his contributions as Scientist/Educator and Business Leader, Thiemermann is named in WHO’s WHO in Science and Engineering (since 2003), WHO’s WHO in the World (since 2004) and in 2018 has been awarded the Albert Nelson Marquis Lifetime Achievement Award by the WHO’s WHO Publication Board. 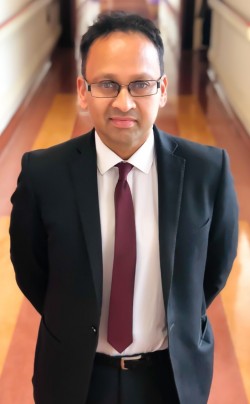 Tahseen Chowdhury is a Clinician in the Department of Diabetes and Metabolism at the Royal London Hospital, in the East End of London. He runs a large specialist Diabetes and Metabolism unit, dealing with diabetes particularly amongst the Bangladeshi community of Tower Hamlets.
He has a research / clinical interest in diabetes in South Asians and diabetic kidney disease, and has authored over 200 publications, including books entitled “Diabetes in South Asian people: Explained”, “Fatty Liver” and “Diabetes Management in Clinical Practice”. He also runs the metabolism programme for medical students at Barts and the London School of Medicine and Dentistry, London. He qualified from the University of Birmingham and trained in Birmingham and Manchester, before becoming a Consultant Physician in 2000. 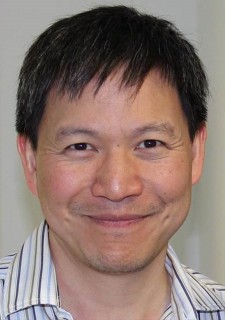 Dr Fan is a Consultant Nephrologist at Barts and The London Hospital and Honorary Reader at Queen Mary College, University of London. He obtained his Nephrology and Research Training at Barts Health NHS Trust where he was subsequently appointed to run the largest peritoneal dialysis unit in UK.
He has published widely in the field of Peritoneal Dialysis. He has co-authored the UK Renal Association Peritoneal Dialysis Guidelines and the current International Society of Peritoneal Dialysis: Peritonitis Recommendation.
He is a faculty member of the UK PD Academy and holds similar international PD Forums including in Nepal, Bangladesh and China. He has also lectured at American Society of Nephrology, EuroPD and ISPD (including the State of the Art Lecture at ISPD-Asian Pacific Chapter).
He was the ISPD Lead for Standards/Guidelines Committee. He is an Editorial Board member of Peritoneal Dialysis International.

We use cookies to improve your experience of our site.

By continuing to browse the site you are agreeing to our use of cookies. ContinueFind out more